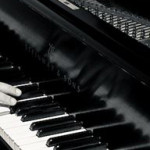 Composer, arranger, songwriter Gregory Hinde is a master of storytelling through music. Whether it is expressions of deep emotion for film scoring, or the outrageous and often hilarious antics of animation, Gregory’s specialty is bringing a story to life with the musical score.

He began playing piano at the age of four and with a natural affinity for music, he mastered various instruments; choosing keyboards and guitar in dance bands; snare drum and flute in marching bands. Continuing his education, Gregory studied traditional performance, composition and arrangement at the Birmingham School of Music in England (now UCE Birmingham Conservatoire), and the London School of Creative Studies. While in England, he toured with the British pop band “Cradle” as the keyboard player. Upon returning to the U.S., he studied keyboard improvisation and arrangement at Berklee College of Music in Boston, Massachusetts. 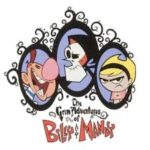 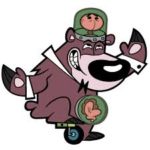 The independent live action film, “Witt’s Daughter”, was awarded Rogue Cinema’s Cinematic Excellence. In a review by Rogue Cinema, they said: “One last note I’d like to make is about the music. It’s not often that you hear such incredible original music in an independent film, but this film…my god. The music suited the story so perfectly.”

Gregory worked with Agaram Animation Studios, located in India on their television movie “The Turboosters,” which aired on Nickelodeon and won the 2013 FICCI’s award for “Best Animated Movie.”

television series. His music can be heard in such shows as Oprah, Duck Dynasty, American Idol Rewind, The Little Couple, and many more. He also composes for Disney Interactive and various series that air on TLC and The History Channel , and was sound designer on the popular games Bejeweled Blitz & Bejeweled 3.

A painter paints pictures on canvas, but musicians paint their pictures on silence.” ~Leopold Stokowski~